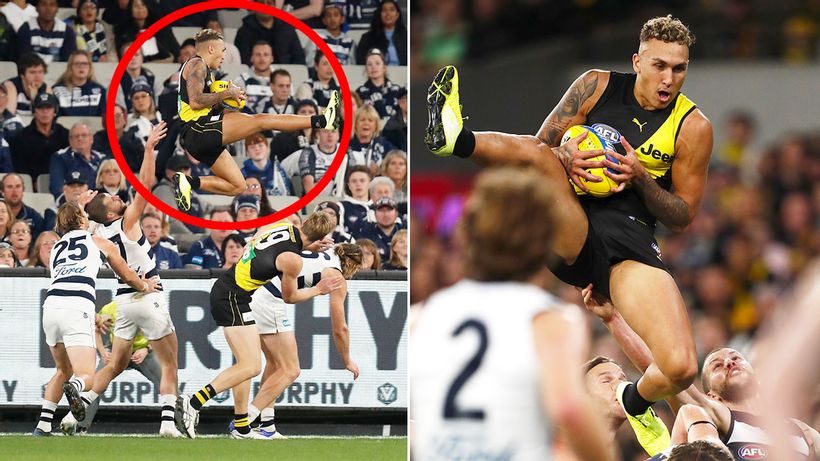 Shai Bolton’s ‘mark of the year’ contender left the AFL world in awe. Pic: Getty
Richmond’s Shai Bolton has left the AFL world in a frenzy after a ridiculous mark in Friday night’s disappointing loss to Geelong.
The Tigers were 18 points up at quarter time, before an amazing comeback from the Cats saw them run away with a comfortable 19.12 (126) to 9.9 (63) victory at the MCG.
Boom recruit Jeremy Cameron starred in attack as Geelong exacted revenge for last year’s grand final defeat in the 63-point…

Related Topics:AustraliaYahoo Entertainment
Up Next 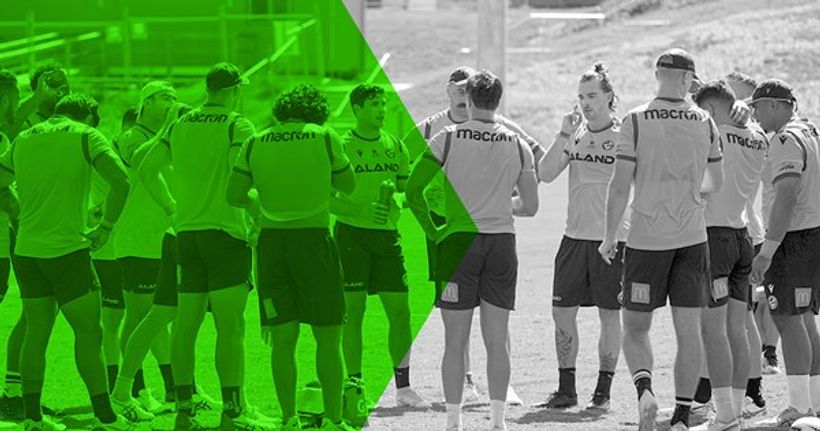 Round 21 Late Mail: Benji out of quarantine; Val to play through pain – NRL.COM